The Global Stevia Institute’s sponsored stevia symposium on Saturday, April 22, 2017 was attended by about 250 attendees at the American Society for Nutrition’s (ASN) Scientific Sessions that took place at the annual Experimental Biology conference in Chicago. 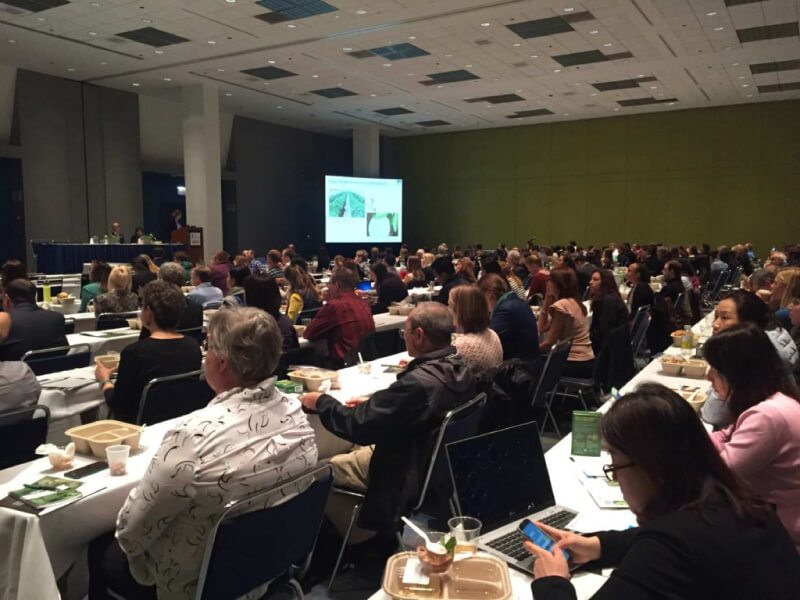 The symposium began with a historical perspective on stevia by Dr. Ayoob, which was followed by cutting-edge research supporting stevia’s naturality and recent innovations related to stevia presented by Dr. Wölwer-Rieck. Dr. Magnuson provided a review of the most up to date science on the safety of stevia’s 40+ steviol glycosides — the sweet molecules in the stevia leaf. The symposium then focused on the potential benefits of low/no-calorie sweeteners and stevia, starting with Dr. Jeppesen who presented on the continued rise in diabetes around the world and new research on blood glucose response, showing that stevia can help reduce blood glucose when substituted for full-calorie meals/foods. He also presented data that shows how stevia may be particularly useful for diabetics, along with novel findings related to new research with athletes. To address the ongoing debate of low/no calorie sweeteners and weight management Dr. Rogers reviewed the most recent science including recent meta-analyses that clearly show that low-calorie sweeteners can help reduce body weight and help reduce calorie intake. These data provide support for sweeteners like stevia, in helping to reduce calorie intake and help manage body weight. In addition, Dr. Rogers presented new evidence that shows that low-calorie sweeteners do not increase the desire for sweetness and do not lead to an increased calorie consumption, which contradicts the suggestion that low-calorie sweeteners lead to an increased desire for sweetness. After which, Dr. Rowland reviewed the role and interaction of the gut microbiota related to the metabolism of stevia and also concluded with data to date that shows, no negative impact of stevia on the gut microbiome. The symposium conclusion by Dr. Samuel addressed the sensory properties of stevia, demonstrating how unique combinations of steviol glycosides deliver superior taste versus a single steviol glycoside such as Reb A. Dr. Samuel also presented proprietary consumer insights research from PureCircle that showed that stevia awareness and positive sentiment for this plant based sweetener has continued to grow since its introduction and approval in many countries around the world. 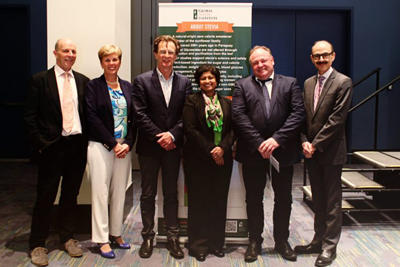 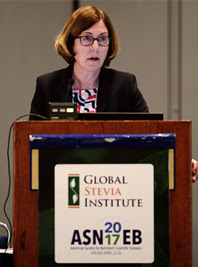 Attendees enjoyed tasting stevia as part of a healthy lunch which featured a 50% sugar-reduced chocolate mousse and a 50% sugar reduced iced tea-lemonade. In addition, attendees were able to take home packages of Whole Earth Sweetener featuring PureCircle’s stevia thanks to a generous donation from the Merisant Company. 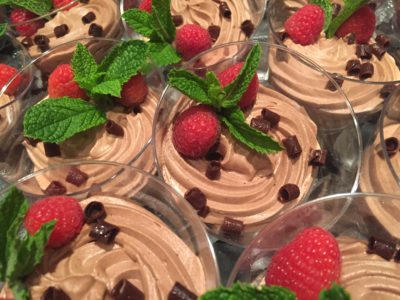 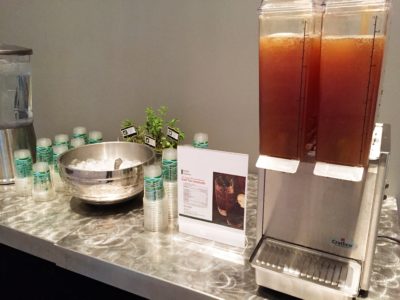 Consumer demand for a zero- calorie sweetener from a natural source continues to drive the growth of stevia. Since 2008, more than 12,000 products have launched with stevia around the globe.

To read more about the speakers and their presentations, you can download their bios and abstracts, below. 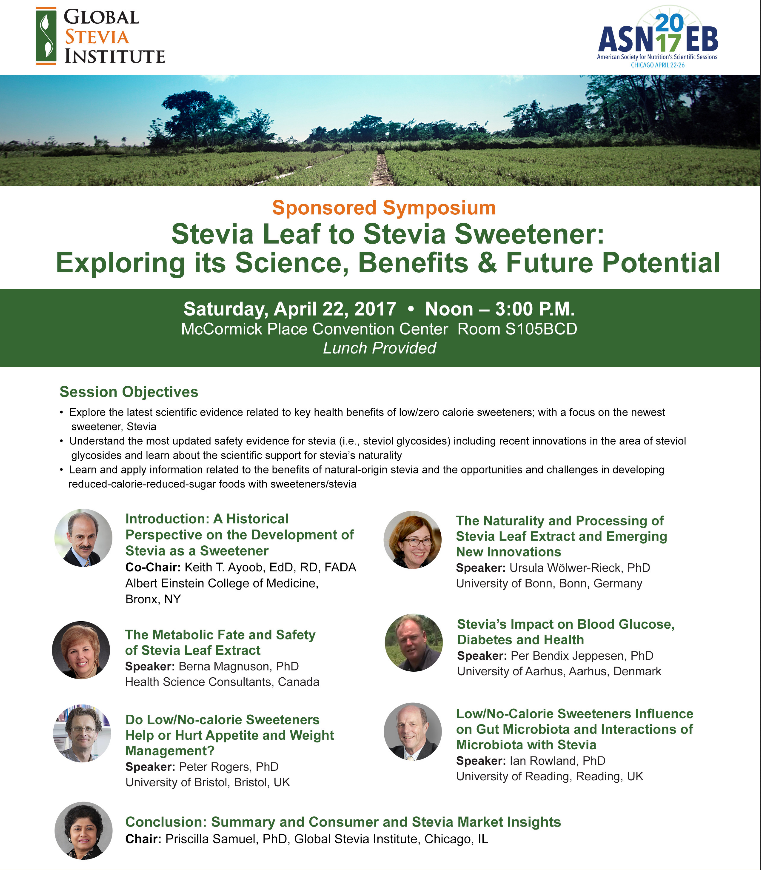 Know the events in PCSI.Learn More »