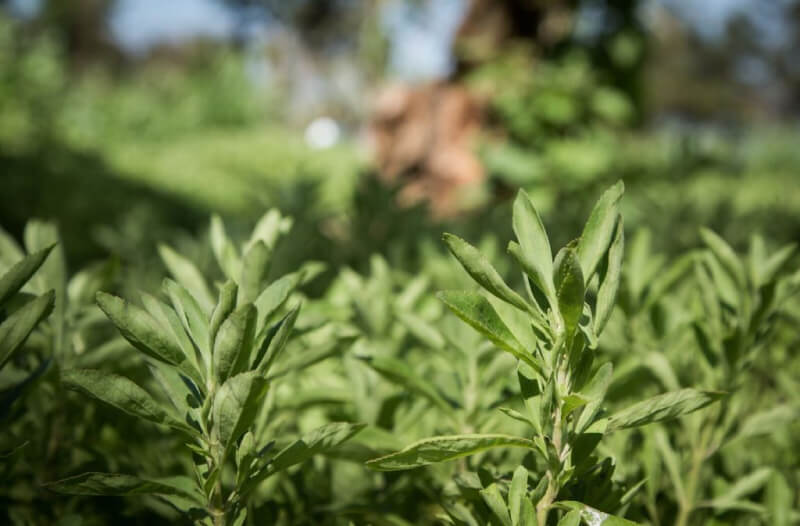 Stevia tastes sweet. The sweet taste comes from naturally occurring compounds within the stevia plant, called steviol glycosides. Sometimes stevia can also taste bitter, have licorice-like aromas, and metallic and astringent mouthfeels. These other attributes, referred to as off-notes, are less desirable in stevia.

What is Sensory Evaluation?

Many stevia manufacturers perform taste tests to ensure the stevia they sell has a clean sweet taste with little to no off-notes. The science of conducting taste tests is called sensory evaluation. People who conduct sensory evaluation research are referred to as sensory scientists. Sensory scientists evaluate stevia using panels of human taste evaluators and a series of standardized methods (table 1).

Table 1. The sensory evaluation “toolbox” is comprised of 3 main methodologies

Taste is the sensation produced when a substance in the mouth reacts chemically with taste receptor cells located on the taste buds. The five basic tastes perceived by the tongue are sweet, sour, salty, bitter and umami (a savory taste). Of these, sweet and bitter are the two tastes prevalent in stevia and most stevia related sensory research focuses on maximizing sweet taste and minimizing bitterness.

Sugars (i.e., fructose, glucose, sucrose) are the most common natural taste stimuli that humans describe as sweet and are innately attractive as they indicate the presence of energy dense nutrients. In contrast, bitter taste perception likely evolved as a mechanism for avoiding toxic substances, such as cyanide which is naturally found in some foods like cassava. However, many healthful foods, such as leafy green vegetables, also can deliver a bitter taste.

Individual compounds that elicit basic tastes are referred to as tastants. In addition to sugars, sweet tastants include a variety of chemical compounds such as sugar alcohols, and glycosides (including steviol glycosides)1. For bitter taste, more than 550 chemically diverse compounds have been identified2. Some commonly identifiable bitter tastants (and where they are found) include quinine (tonic water), caffeine (coffee), epicatechin (tea), tetralone (hops) and naringin (grapefruit)3. Human taste perception, especially for bitter tastes, can vary greatly among individuals due to genetic variation1. Understanding this variability is a challenge for sensory scientists working with stevia.

How is Taste Different than Flavor?

What most people think of as taste is really flavor. Flavor is the combination of three things: 1) basic tastes perceived on the tongue (described above), 2) aromas identified within the nose, and 3) mouthfeels that stimulate nerves in the oral cavity (figure 2).

Aroma is the perception of airborne aromatic chemicals and can be perceived in two ways: 1) retronasal olfaction which is when aromas drift up the back of the throat during eating and drinking and 2) orthonasal olfaction which occurs during sniffing4. Some stevia extracts, especially those made from whole leaf stevia, have undesirable licorice aromas. Stevia’s licorice-like aromatic stems from more than forty different aromatic chemicals identified in the Stevia plant5. Some of the top aromatic chemicals in stevia leaves include spathulenol, caryophyllene oxide, β-caryophyllene, and β-pinene.

Mouthfeels are sensations that arise by trigeminal nerve stimulation throughout the oral cavity. They can be chemical in nature, such as a reaction to the chemical capsaicin in chili peppers where we feel a painful burn, or physical in nature such as the temperature of a hot soup or the weight and smoothness of a piece of dense pumpkin pie.

Mouthfeels found in some stevia extracts, such metallic and astringent, as are mostly chemical in nature. A metallic mouthfeel might remind you of sucking on a penny. Astringent mouthfeels are a drying or puckering sensation in the mouth such as when you drink tea that has been steeped for too long.

Understanding the science behind the taste of stevia involves an appreciation of its full flavor which is a combination of taste, aromatics and mouthfeels. Sensory scientists continue to work with stevia to optimize its naturally sweet taste.