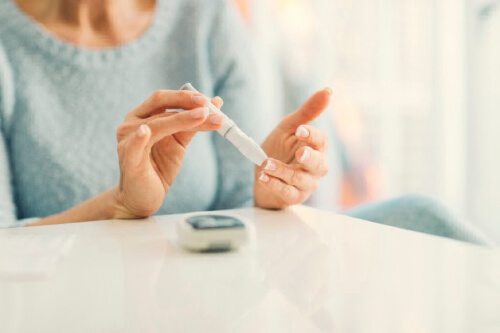 Diabetes Mellitus is a chronic disease, which occurs when the pancreas does not produce enough insulin, or when the body cannot effectively use the insulin it produces. This leads to an increased concentration of glucose in the blood known as hyperglycemia, which can lead to nerve and blood vessel damage, and increase the risk of heart attacks, stroke and kidney failure.

The World Health Organization has indicated that there is an emerging global epidemic of diabetes that can be traced back to rapid increases in overweight, obesity and physical inactivity. They estimate that one person in 11, or 422 million people worldwide, has diabetes and predict that by 2030, diabetes will be the 7th leading cause of death.1

While there are some risk factors for diabetes that cannot be changed, such as genetics, advancing age and family history, maintaining a healthy weight and getting regular physical activity play an important role in managing blood sugar levels.

Stevia, a plant-based, zero-calorie sweetener, can help manage blood sugar levels for both children and adults diagnosed with diabetes. Stevia does not contain carbohydrates and thus has no impact on blood sugar or insulin levels and does not contribute to glycemic load.

The American Diabetes Association’s (ADA’s) “Standards of Medical Care in Diabetes” supports the role of low-calorie sweeteners in their Medical Nutrition Therapy (MNT) recommendations, “The use of non-nutritive sweeteners has the potential to reduce overall calorie and carbohydrate intake if substituted for caloric sweeteners and without compensation by intake of additional calories from other food sources. Non-nutritive sweeteners are generally safe to use within the defined acceptable daily intake levels.”2

In 2011 the European Food Safety Authority (EFSA) approved a health claim supporting that “Consumption of foods sweetened with low calorie sweeteners instead of sugar induces a lower blood glucose rise after their consumption compared to sugar-containing foods ”.3

Research has been done clearly documenting that steviol glycosides have no impact on glucose homeostasis among people with diabetes. A randomized controlled trial among 122 adults over 16 weeks who were given four doses of approximately 330 mg of steviol equivalents over the course of a day compared to placebo had no impact on blood sugar levels. For this study, >97% rebaudioside A was used.4

Additionally, the position paper on nutritive and non-nutritive sweeteners from the Academy of Nutrition and Dietetics reviewed five randomized controlled trials examining the effects of stevia compared with placebos on metabolic outcomes. The collective takeaway from these studies was a report of minimal to no effects on blood glucose, insulin levels, hypertension and body weight.5

When stevia and aspartame were compared to the effect of sucrose on post-meal blood glucose and insulin levels in 31 obese and lean subjects, blood glucose levels were significantly lower 20 minutes after the stevia preload as well as 30 minutes after lunch. In addition, postprandial insulin levels were also significantly reduced with stevia compared to sucrose (p=0.03). 7

Stevia is now found in thousands of products around the world from salad dressings to beverages and snack bars and it allows people with diabetes to enjoy sweet tastes while managing their carbohydrate intake.1,2 Often stevia is used in combination with nutritive sweeteners like sugar or in foods and beverages that contain other simple carbohydrates, so it is still important to check ingredient labels for total carbohydrate content and overall nutritionals. For more on how stevia appears on ingredient labels, please see our “How to Find Stevia” section.