The PureCircle Stevia Institute’s newsest advisor Emeritus Professor Dr. Khor Geok Lin recently sat down to answer a few questions on her interest in stevia. In the Q&A below she discusses how she believes it can help be a tool in the fight against obesity and diabetes.

Why were you interested in becoming part of the PureCircle Stevia Institute’s advisory board?

I believe timing has played a fortuitous hand here. Beginning in 2015, I was somehow drawn into a number of activities on sugar/sweeteners. These include being invited to be a co-author of a manuscript on “Intake of Added Sugar in Malaysia: a Review”[1] , and to give a presentation on “Historical and the Traditional Use of Sugar in South East Asian Foods in Transitioning Societies” at ILSI SEA Regional Symposium on Sugar and Sweeteners in Singapore last October. It was however, listening to Dr Bernadine Magnuson at a scientific update organised by the Nutrition Society of Malaysia on “Sugar Substitutes: Understanding the Basics” last April, that expanded my understanding of sweeteners including stevia. Thus, when Dr Priscilla Samuel contacted me last November offering me the opportunity to work with her and others in the PCSI, I felt ready to take on the interesting challenge. 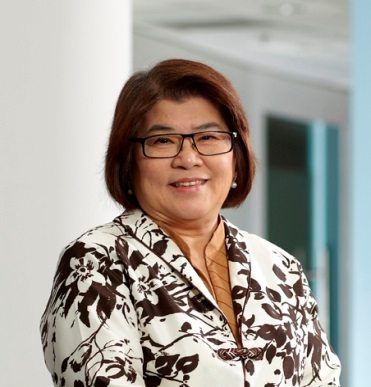 What do you find most interesting about stevia?

The potential role of stevia in replacing the usual caloric sweeteners, such as sucrose and corn syrups, in foods and beverages toward alleviating the current widespread rise of calorie-related chronic conditions – diabetes and obesity being the main epidemics, offers an exciting outlook for stevia in the broad field of public health.

What do you see as the role of pcs in educating either consumers or health professionals on stevia?

To continue supporting communications and research in generating science-based evidence about stevia, with the goal of reducing industry and consumer reliance on the use of caloric sweeteners in foods and beverages.

How do you view the role stevia in the world of sweeteners?

I totally believe in science-based evidence to promote the benefits of stevia as a zero-calorie sweetener extracted from a natural source. Greater communication efforts are needed to obtain wider approval and acceptance for the use of stevia by public health authorities and consumers.

How do you think that stevia can impact the food and beverage industry?

In this age of rising chronic diseases driven to a large extent by excess intake of calories, measures by the food and beverage industry to stem this rising tide will make an impact in public health. Stevia has a fitting role in this context in replacing caloric sweeteners.

How do you believe stevia can affect the overall diet for people in your area of the world?

Several countries in the Asia are showing increasing escalation of diet-related chronic diseases – diabetes, cardiovascular disease, obesity and hypertension.  These include Malaysia, China, India, Philippines and Indonesia. Concomitantly, Asia as a region ranks highest globally for consumption of available sugar (kg/person/year), and among the countries in Southeast Asia, Thailand, Malaysia and Brunei, available sugar constitute 10-15% of total daily intake of calories. Thus, more concerted education efforts should be made for the role of stevia in replacing free or added sugar by industry and consumers.

Do you believe stevia can truly play a role in helping to reduce obesity and how do you see that happening?

As a long-serving public health nutritionist, I have spoken and written often on the unhealthy trends of the diet-related chronic diseases, especially obesity and diabetes in the Asian region. Many initiatives and interventions by government, academia and others have been largely unsustainable and ineffective. Replacing calorie sweeteners with zero-calorie stevia in the diets of population groups could be a worthwhile alternative measure.