Crude Extract: Unpurified stevia with leafy particles. For more on this, see the JECFA definition.

Purified stevia extract: A generic name for a preparation of the sweet compounds in the stevia leaf called steviol glycosides, which are extracted, filtered and then purified.

Reb A: The abbreviation for the steviol glycoside rebaudioside A

Rebaudioside A: The name of a common steviol glycoside that is 200-400 times sweeter than sucrose

Rebiana: A common name for high purity rebaudioside A extract

Stevia:  Stevia is a generic term that is used to refer to a number of different forms of the sweetener. “Stevia” can refer to the whole plant (Stevia rebaudiana Bertoni); or to the leaves where the sweet compounds called steviol glycosides are found; or to a plant extract from the leaves of the stevia plant; or it can refer to a high purity stevia extract form that is approved for use in foods and beverages around the world.

Stevia extract: A generic name for a preparation made by steeping the leaves of the Stevia plant in water to obtain the sweet compounds in the stevia leaf. This term does not provide any information as to whether any further refinement of the extract has been conducted.

Steviol: The molecular core of the Steviol glycoside molecule.

Stevioside: The name of a common steviol glycoside that is 150-300 times sweeter than sucrose

ADI: The Acceptable Daily Intake (ADI) is the amount of a substance that people can consume in food or beverages on a daily basis throughout their entire life without any appreciable risk to health.

Codex: An abbreviated reference to the Codex Alimentarius Commission (CAC) was created in 1963 by two United Nations (UN) organizations, the Food and Agriculture Organization (FAO) and the World Health Organization (WHO). Its main purposes are to protect the health of consumers and to ensure fair practices in international trade in food through the development of food standards, codes of practice, guidelines and other recommendations. Codex standards and guidelines are developed by committees, which are open to all UN member countries. Member countries review and provide comments on CAC standards and related texts at several stages in the development process. Although the acceptance of CAC standards and related texts are voluntary, most member countries keenly follow the CAC adoption of a food ingredient.

EFSA:  European Food Safety Authority (EFSA) is the keystone of European Union (EU) risk assessment regarding food and feed safety. In close collaboration with national authorities and in open consultation with its stakeholders, EFSA provides independent scientific advice and clear communication on existing and emerging risks.

GRAS: An acronym for the phrase Generally Recognized As Safe. According to the United States  Federal Food, Drug, and Cosmetic Act, any substance that is intentionally added to food is a food additive and is subject to premarket review and approval by FDA unless the substance is generally recognized, among qualified experts, as having been adequately shown to be safe under the conditions of its intended use, or unless the use of the substance is otherwise excluded from the definition of a food additive. For more information about GRAS, visit the FDA website.

JECFA: The Joint FAO/WHO Expert Committee on Food Additives (JECFA) is an international scientific expert committee that is administered jointly by the Food and Agriculture Organization of the United Nations (FAO) and the World Health Organization (WHO).

Find out how stevia can help to reduce sweet calories in an everyday diet. Learn More » 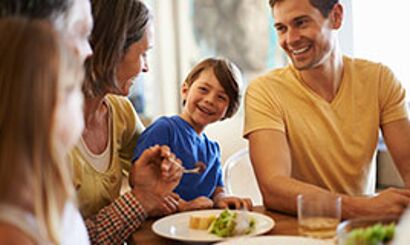 Research on the stevia has been growing for decades across many nations and the collection of information is quite robust. Learn More »