Member – Board of Advisors 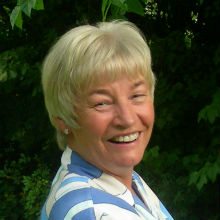 Dr. Margaret Ashwell OBE is the President of the Association for Nutrition, whose aim is to protect and benefit the public by advancing standards of evidence-based practice across the field of nutrition. Margaret is Director of Ashwell Associates, a company of independent scientific consultants and disseminators who focus on obesity, heart disease and health claims, among other areas of expertise. She received her Ph.D. in Biochemistry from the National Institute for Medical Research in London; has been a Senior Research Scientist with the Medical Research Council, Principal of the Good Housekeeping Institute and Science Director of the British Nutrition Foundation. She served on the UK Government’s Food Advisory Committee for 9 years and was made an Officer of the British Empire (OBE) in 1995 for services to this Committee. Margaret also acted as Research Coordinator for the Food Standards Agency’s Research Programme (FSA) on Nutrient Status and Function from 1994 to 2007. She has undertaken several reviews of FSA funded programs and has acted as a scientific facilitator and rapporteur on many occasions. Dr Ashwell devised the Ashwell® Shape Chart, which shows how the simple waist-to-height ratio (a proxy for abdominal obesity) can predict early health risk.

Back to Advisory Board