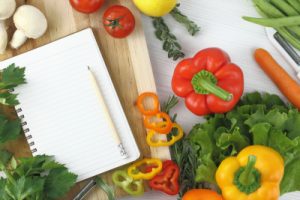 Worldwide obesity rates have nearly doubled since the 1980s.

According to a New England Journal of Medicine study from the Global Burden of Disease 2015 Obesity Collaborators, it is estimated that 107.7 million children and 603.7 million adults were obese worldwide. The overall prevalence of obesity was 5.0% among children and 12.0% among adults. This equates to one out of every 10 people worldwide being obese.1 Being overweight or obese is a risk factor for a number of chronic diseases, including cardiovascular disease, diabetes mellitus, chronic kidney disease, many cancers, as well as musculoskeletal disorders.2 The researchers noted that in 2015, being overweight or obese contributed to 4 million deaths, with cardiovascular disease accounting for 41% of those deaths, followed by diabetes.

The causes of overweight and obesity around the globe are quite complex and include factors such as an increase in physical inactivity due to increased sedentary time and increased intake of energy-dense foods that are high in fat and added sugars. Importantly, added sugars include a whole host of sweeteners with calories from sugar and high fructose corn syrup to agave nectar and maple syrup. The distinction is that added sugars are those added to foods or beverages when they are processed or prepared and therefore, do not include naturally occurring sugars such as those in milk and fruits.

Consumption of sugar varies considerably from country to country. The United States is the world’s largest consumer of sugar; the average American consumes 126.4 gm of sugar daily or the equivalent of 31.6 teaspoons.3

Both the World Health Organization (WHO)4 and the U.S. Dietary Guidelines for Americans5 advise limiting added sugars to less than 10% of total daily calories. That is no more than 200 calories (12.5 teaspoons) from added sugars in a typical 2,000 calorie/day diet. The WHO Guidelines for Sugars Intake also makes a conditional recommendation and suggests a further reduction of free sugars intake to below 5% of total energy intake.

Among the many strategies to consider to achieve this reduction is the use of non-nutritive sweeteners including stevia.

For people trying to manage their weight, stevia provides a natural-origin way to cut calories without having to sacrifice taste. Replacing just 25g (about six teaspoons) of nutritive sweeteners in foods and beverages can provide a 100 kilocalorie reduction. While this may seem relatively insignificant, these small changes do add up over time when done on a daily basis.

Another study published in the American Journal of Clinical Nutrition conducted a meta-analysis of 15 randomized controlled trials (RCT) and nine prospective cohort studies to examine the relationship between low-calorie sweeteners (LCS) and body weight and composition. Results showed that in the RCT studies, LCS significantly reduced body weight, body mass index, fat mass, waist circumference. In the prospective cohort studies, LCS intake was not associated with body weight or fat mass, but was significantly associated with slightly higher BMI. From this analysis, the authors conclude that substituting LCS for higher calorie options results in modest weight loss and may be a useful tool in weight maintenance or loss.7

Dr. Stephen Anton and colleagues tested the effect of preloads containing stevia, aspartame, or sucrose on food intake, satiety, and postprandial glucose and insulin levels. The 19 healthy weight and 12 obese subjects were fed preloads containing stevia (290kcal), aspartame (290kcal) and sucrose (492kcals) before a lunch and dinner meal on three separate food test days. Hunger and satiety levels were noted before and after mealtime and every hour throughout the afternoon. Participants also provided blood samples immediately before and 20 minutes after the lunch preload. Results showed that despite the difference in calories in the preload, the participants did not compensate by eating more at either lunch or dinner and reported similar levels of satiety when they consumed stevia or aspartame compared to sucrose. Additionally, stevia preloads reduced postprandial glucose and insulin levels, suggesting stevia may be beneficial to glucose regulation.8

While the participants who received the non-nutritive sweetened beverages felt slightly hungrier and ate more calories at the next meal, they did not overindulge. It is also important to note that this was a relatively small study (30 people), and conducted over four test days. Overall energy intake was partially determined by self-reporting of participants keeping a food diary, which can be imprecise.

The concern is not that non-nutritive sweeteners cause an increase appetite which can lead to overeating, but rather that some people may have a natural instinct to replace the calories saved with something else. The key to successfully reducing weight by replacing regularly sweetened foods and beverages with non-nutritive sweetened versions is to be conscious of not compensating for the calories saved by overindulging in other foods.

Replacing sugar with reduced-calorie, reduced sugar foods made with sweeteners like stevia has the ability to influence weight management. When used correctly, non-nutritive sweeteners can help achieve personal as well as public health goals to reduce calories and sugar intake, and improve overall health.

Stevia is now available as an ingredient in over 14,50010 food and beverage products around the world including teas, soft drinks, juices, yogurt, soymilk, baked goods, granola bars, alcoholic beverages, chewing gum, cereal, salad dressings, confections and as a tabletop sweetener. There has been a 25% increase in the number of new products containing stevia between 2008 – 201710

Because food and labeling policies vary greatly around the world, stevia may be listed differently on nutrition labels depending on where you live. On nutrition labels, look for “stevia, stevia extract, steviol glycosides, stevia leaf extract, Reb A” and other variations.