Stevia is a plant native to South America. It is part of the sunflower family, and its leaves are naturally sweet. In fact, the indigenous people of Paraguay used to chew them for their sweet taste, and use them to naturally sweeten beverages.

The leaves of the stevia plant contain sweet tasting components, scientifically called steviol glycosides. To date, about 50 steviol glycosides have been identified, and a typical stevia leaf has nine which are most abundant. Each steviol glycoside has its own unique taste profile, and sweetness intensity can be anywhere from 200 to 350 times sweeter than sugar – but without the calories that sugar brings. 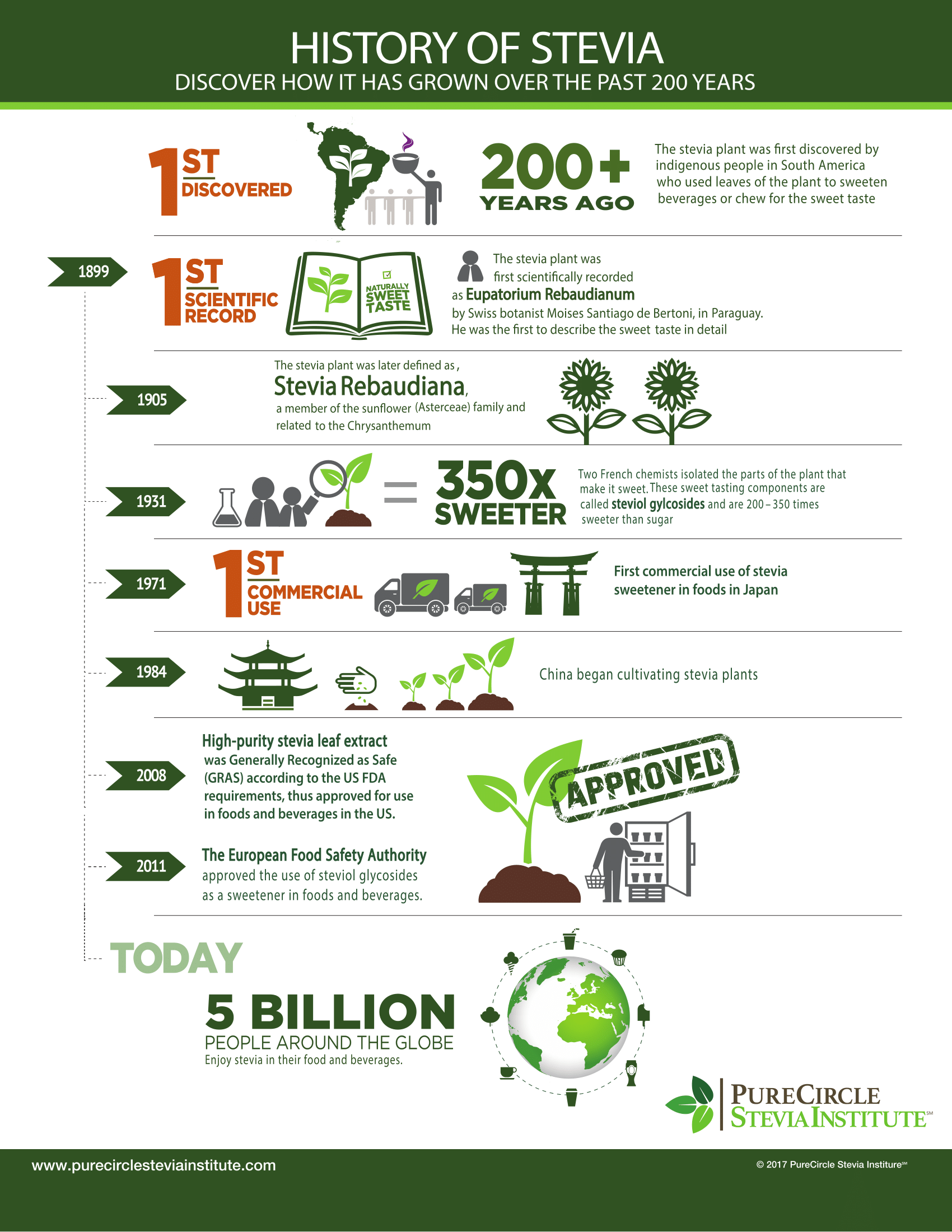 Crude stevia extracts and or whole stevia plant leaves are sold as dietary supplements in some countries, but it is important to note that only high-purity stevia leaf extract has been evaluated and approved for use as an ingredient in foods and beverages by the world’s major regulatory agencies. Throughout this website, we will refer to high-purity stevia leaf extract simply as stevia.

More and more food and beverage companies are using stevia to help create great-tasting food and beverage products with less sugar and fewer total calories. As a result, you may see a reduction in sugar and total calories per serving. On the ingredient label, you may see stevia listed in different ways: stevia, stevia extract, rebaudioside A, Reb A, steviol glycosides and other variations depending on the country and the manufacturer. Stevia can be found in more than 14,000 foods and beverages around the globe today, including juices, waters, soft drinks, flavored milks, yogurts, baked goods, cereals, salad dressings, sauces, confections, tabletop sweeteners and more. The powerful combination of a zero-calorie sweetener with a plant-based origin, makes stevia distinct in the food and beverage world.

Link to the Sweet Facts About Stevia infographic for an overview on stevia.

How is stevia made?

To release the sweetness, the steviol glycosides are extracted and purified from the stevia leaf, like other ingredients you may commonly use, such as sucrose (sugar) from sugarcane or natural vanilla extract from the vanilla bean. At the end of the extraction and purification process, the sweet components are the exact same compounds as the ones originally found in the leaf. This process produces high-purity stevia leaf extract, which meets the specifications approved by major regulatory bodies for use in foods and beverages around the world. 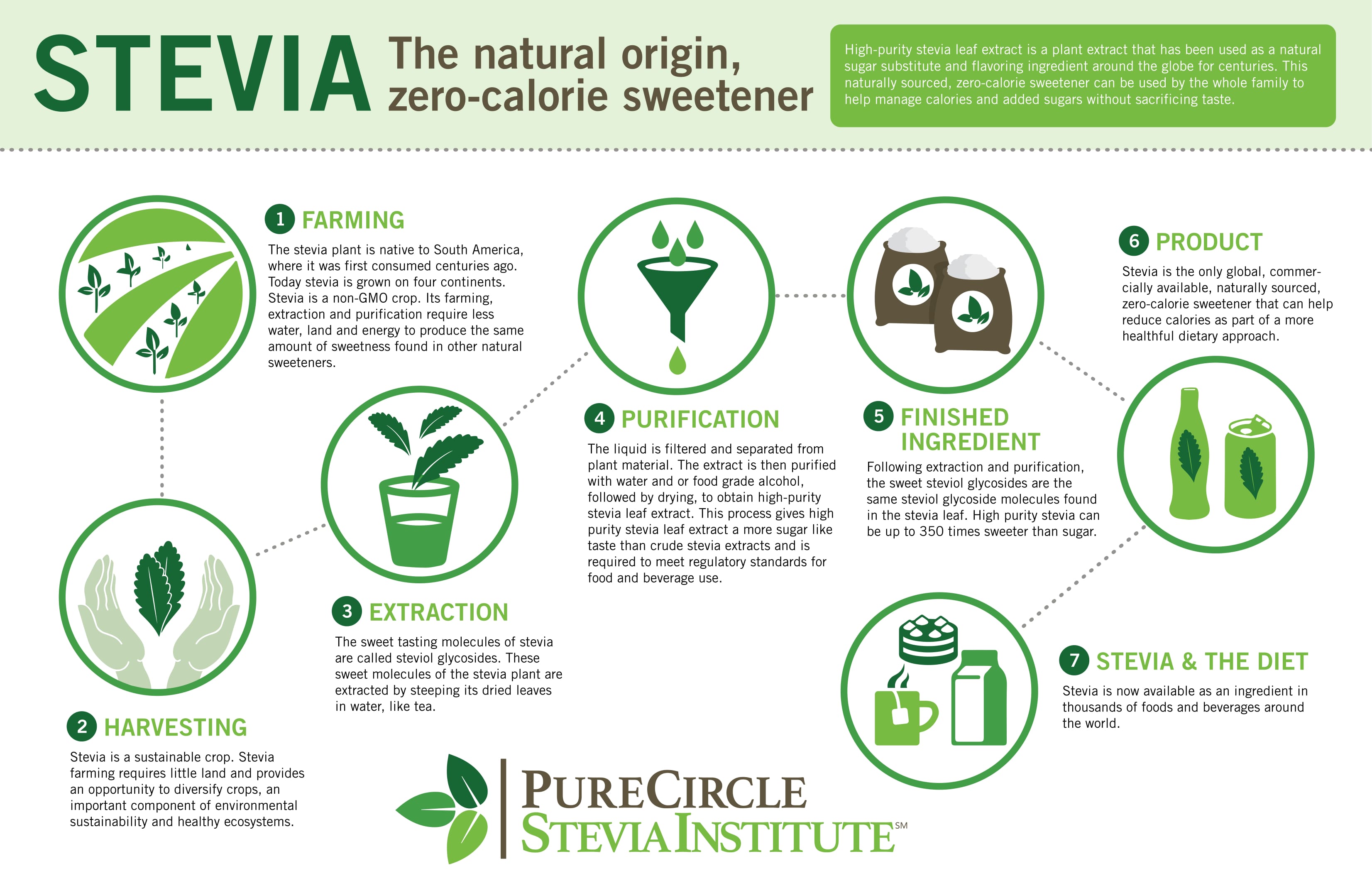